Decolonization and the Collapse of the British Empire 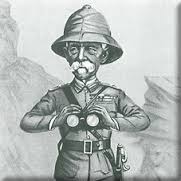 After World War II many dominions and old colonies manifested their intension and will to be free territories, the British Empire drown in other domestic issues and couldn’t handle the situation then many colonies started to effectively get independent. It was just too costly to maintain overseas colonies. India was one of the first taking advantages of the Empire’s weaknesses in 1947. One of the last wars was in 1982 where Britain fought to retain the Falkland Islands

Besides the beginning of decolonization, the huge debts acquired by the empire due to World War II also contributed to the Collapse; the Empire’s financial and economic independence were destroyed. Germany, United States and Japan started emerging as powerful nations and the British Empire prestige, authority and wealth had been severely reduced.

World War II was definitely an important point for the awaking of nations’ consciousness about the possibility of being independent, after this point more and more nations all around the world have gotten their freedom and it seems as a political fact that can be stopped.