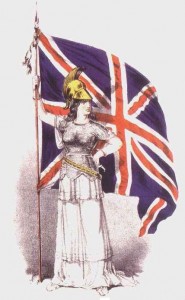 Fall of the British Empire

The British Empire included the dominions, colonies, protectorates and other ruled or administered by the United Kingdom territories between the 16th and 20th centuries, specifically until 1949. At the beginning of the 20th century The British was the most extended empire in the history; this included a quarter of the world’s population and one fifth of the earth’s territory.

After World War I the British Empire Knew its biggest extension; it added Palestine, Mesopotamia and some former German colonies. It could be seem as a victory for the United Kingdom, nevertheless the high costs of the war diluted its financial capacity to maintain that vast empire.

The British had suffered thousands of casualties and liquidated its financial resources at an alarming rate, which of course increased the debt. Nationalist sentiment grew in both new and old colonies, driven by pride derived from participation in the conflict of many of those subjects, as imperial troops. After 1926 most of de dominions started changing status and becoming freer.

After World War I and II the British Empire importance in which was related to territories and wealth started to reduce due to the independence of many colonies in Africa, Asia and other territories; the nationalism and anti-colonies movement  challenge the British empire, this had to get in charged of nearer internal issues, specially after World War II. Taking advantage of this situation, Indian, Asian and African dominions manifested the intention of becoming independent territories, fact that the British Empire tried to stop but it could and the whole situation ended in what is today known as the commonwealth.